In an effort to celebrate ten years of Moving Beyond Paralysis™, we’ll be sharing some inspirational stories of past and present clients that turned “I can’t” into “I can”, with someone new introduced each month.

We’ll kick off this special celebration with one of CORE’s very first clients, Kory Wiita. His story is one shared with clients and new team members quite often by his trainer, and now Executive Director of CORE, Malerie. As Malerie likes to put it, Kory “may be one of my greatest personal success stories.” Kory made great physical improvements and personal achievements after he realized “I can”. Malerie’s tough love approach turned a bad day and the “I don’t want to be here” mentality into a day of choice. She says she still remembers the day she said to Kory, “You can either feel sorry for yourself and live life the way you are now, or get to work and make some progress.” Kory chose to get to work that day, and this is the story of his journey from the time of his injury until now. 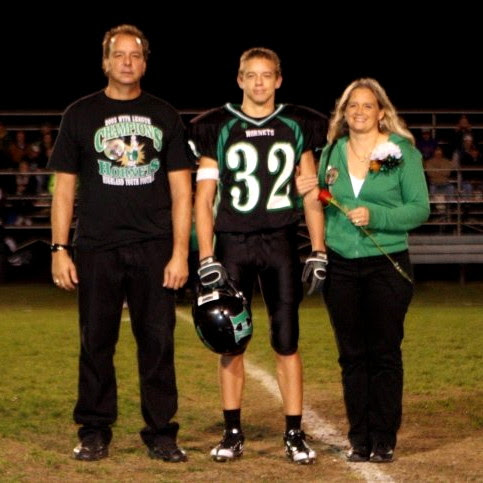 Kory was injured during a high school football game in 2009 at the age of seventeen. The C5 spinal cord injury left him paralyzed from the chest down, including his fingers. While still in the hospital, Kory came across CORE during an internet search. As an athlete before his injury, he knew he needed to be working out just as intensely as he was as a football player. Just one month after his release from the hospital, Kory made the trek from Ohio to Florida, and for the first two years in the sunshine state he spent eight hours a week working out at CORE.”Physically and emotionally, this time helped me overcome so many hurdles and gain back a lot of strength,” he says. All because of his I can mentality

Kory said that, as a seventeen year old, his initial and greatest fear was that he would never be able to find someone to date again. This fear spurred his thoughts and snowballed into other fears. Would he ever get married and have a family of his own? Would he ever be independent from his parents? How could he go to college, get a job, or advance his life in this situation? His fears were stoked even more when medical professionals informed him that he would never push a manual wheelchair, eat without a feeding tube, or even breathe without a ventilator.

Putting his fears aside, Kory felt blessed to start training at CORE so early in his recovery process. He found reassurance from his trainers and a community of peers to learn from. “The first full year of my injury was a struggle, especially mentally. Around the one year mark, with encouragement from Malerie, I made a mental breakthrough. I realized that whether or not I was happy or sad, I was still going to have a spinal cord injury. So it was up to me to decide whether I wanted to be a happy person with a spinal cord injury or a sad person with a spinal cord injury. I made the decision and effort to be happy and start chasing my future goals again,” Kory told us. With more words of encouragement from Malerie, he enrolled at the University of Central Florida in 2011, even though he wasn’t sure how he was going to navigate college as a quadriplegic. The first semester was rough, but he pushed through and

attained a 4.0 GPA. At that point, he made the transition back home and finished his business degree at Ohio State. Kory wasn’t done chasing his dreams yet though, and soon after graduation he attended law school and passed the bar in 2017. He was able to begin a career and adapt to challenges in the workplace as they came at him. Kory has worked as an attorney for the last three and a half years, and is also a certified financial planner.

“CORE made a huge impact on my life, and the greatest benefits were non-physical,” Kory told us. 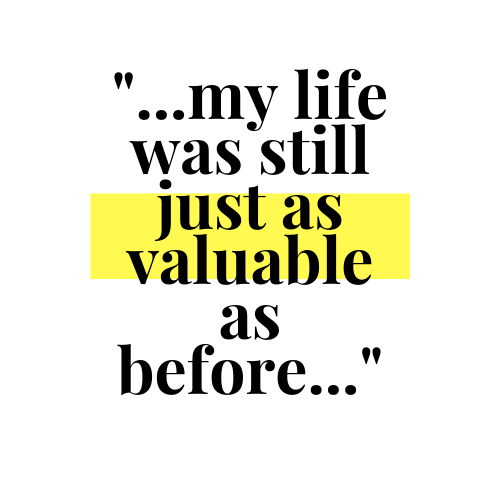 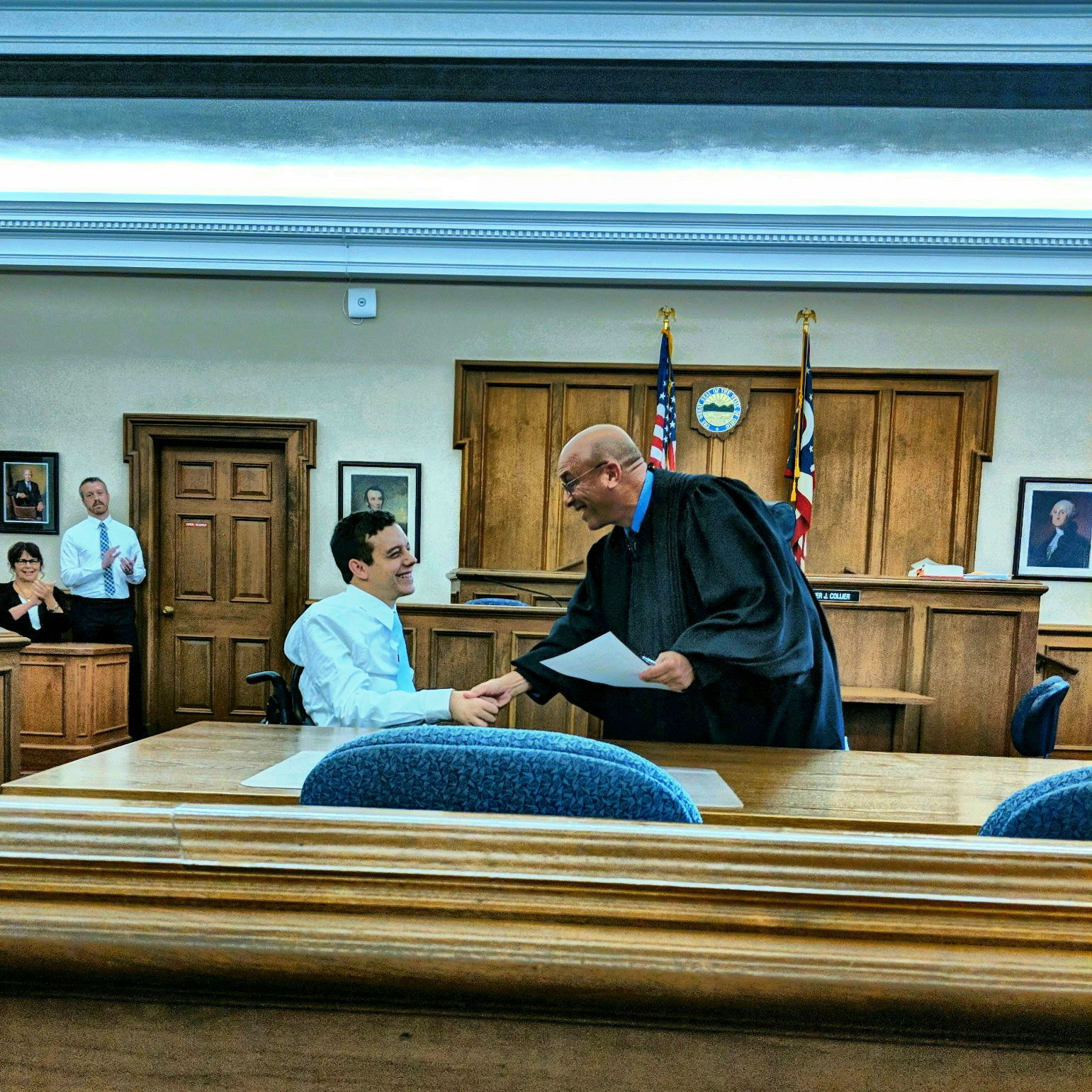 The relationships he built with his trainers helped him realize that creating lasting, genuine relationships was not impossible with his injury. Fellow CORE clients taught him how to live life with his injury, through both new life skills and life hacks. “The biggest thing I learned,” he shared, “was that my life was still just as valuable as before, and that I would be able to find somebody to date, marry, and start a family with.”

Kory’s greatest fear was conquered in 2015, when he met his now wife, Kayla, and the couple is now expecting a baby girl in April 2021. “A lot of the confidence that I had that allowed me to seek this relationship came from the important lessons I learned through CORE,” he added. 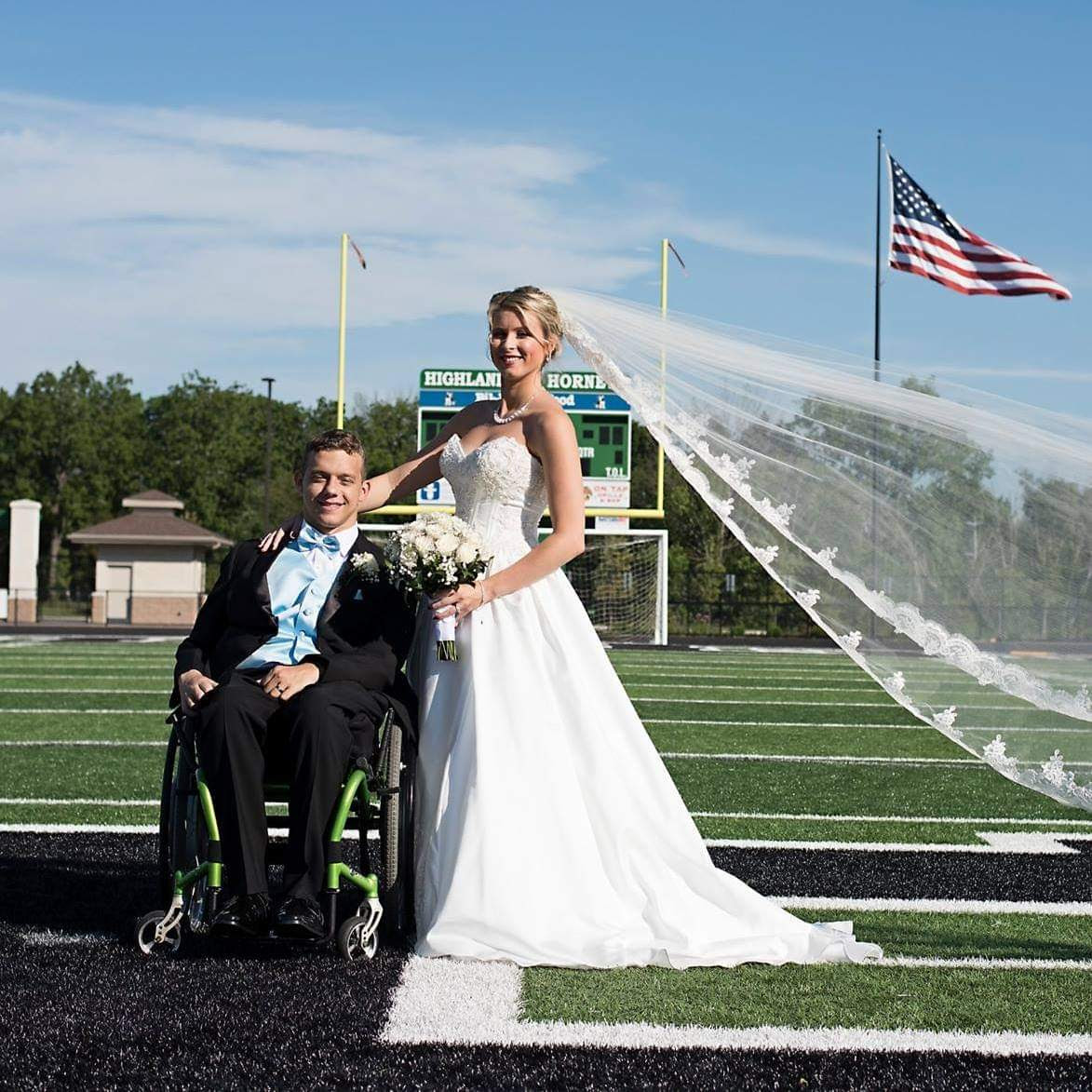 Kory left us with this advice: “You absolutely can! Whatever your goal is, it is still attainable. The path to get there might be different than what you were expecting, but you can still get there.” He says that he relied heavily on his faith to help him get to the point where he is today. “I always tell people that the famous bible verse ‘I can do all things through Christ who strengthens me’ has nothing to do with scoring touchdowns or getting straight A’s. It actually has to do with having the strength to be content no matter what circumstances you are dealing with. Learning this skill of contentment, which I learned though my faith, will be a priceless weapon in your life to overcome any obstacle.”